Metta World Peace is a big fan of the UCLA Healthy Campus Initiative (HCI), envisioned and supported by Jane and Terry Semel, and I had the opportunity to find out why.

Metta, formerly known as Ron Artest, is a professional basketball player in the NBA, currently playing for the Los Angeles Lakers. Metta started off by telling me about his journey, and how a certain charity sparked his interest in both basketball and service.

“For me, the charitable side of Ron Artest started when I was 13 years old,” said Metta. “I met a guy named Hank Carter, and he had a fundraiser called the Wheelchair Charities. He raised money for paraplegics; he started off by doing concerts and basketball games to raise money. I actually played in his pro-game in Madison Square Garden in 1990. He just showed me the importance of giving back.”

For Metta, giving back has meant becoming an advocate for mental health awareness. “The reason that I got into my mission was because I was affected mentally by so many different things…so when I started to discover that mental health aspect, I wanted to figure out ways to become balanced and happy.”

He started Xcel University in 2007, a mental health initiative in which he has raised around $800,000 for a variety of mental health institutions. The campaign is in the process of becoming a foundation, to be called The Panda’s Friend Foundation. I asked where the new name comes from, and he said, “The panda is very zenful; they are great animals. They represent so many cool things.”

Currently, Metta oversees thepandasfriend.com, an online store where he sells merchandise related to his brand. He plans on using the proceeds to fund The Panda’s Friend Foundation. He said, “I want to open up facilities; I want to have curriculums and staff; I want to help families.”

I asked Metta what specifically interested him about HCI, and discovered that he was initially intrigued by our focus on sustainable and healthy food. He has visited both of our gardens (the medicinal herb garden at the Ronald Reagan Medical Center, and the new living amphitheater at Sunset Recreation Center).

“It just shows that the university is still connected to the earth. It actually frees you a little bit when you come here and you see the things that the professors are getting into, the things that the students are interested in; so I was very excited to learn more because I’m into food from the planet, just on a personal level,” said Metta.

Metta responded, “Seeing people promote health affects you and makes you feel good subconsciously. I’m excited because [HCI] is doing research on how to make the world a better place.”

I asked Metta, “What were your dreams and ambitions growing up as a kid, and how do you feel that living well has helped you to achieve your dreams?”

He smiled as he admitted his childhood dream of wanting to be Michael Jackson or a pastor, and how he used to mimic both personalities. He also recounted wanting to be a math teacher, as he majored in math before joining the NBA. Above all, he made clear how much he wanted to be a good family member, and was honest about the struggles he went through to do this.

“Along the way, you forget what you want out of life, and then you also pick up habits; bad habits that can affect you. I picked up tons of bad habits,” admitted Metta. He went into some of the issues he faced related to alcohol and family problems, and proudly discussed the ways in which he got the help he needed through counseling and classes.

“Some people say you change, but I wouldn’t say I changed, because that means at my worst that’s who I was. So I always tell people I never changed, I’m just who I always was. I don’t think anyone should change, I think they should just be who they are. And when you look at it like that, I feel comfortable being myself,” said Metta.

I asked Metta, “How have your dreams and goals evolved over time?”

He referred back to some of the unhealthy lifestyle habits he picked up earlier in his career, and how the effects made him more conscious of his health and nutrition. Now, he is considering going back to school to study nutrition: “I love nutrition; I don’t know everything about it, but I know a lot; I could probably be a nutritionist if I really wanted to.”

Our HCI motto is “living well.” I asked what “living well” means to Metta, and he said, “Living well means respecting yourself and respecting other people. And the respect you have for your planet. Some people, I think, forget how important the planet is.”

I was curious to hear Metta’s thoughts on his physical activity of choice, and here’s what he had to say about basketball: “Basketball is a tough workout. If it wasn’t for the ball, I don’t know if I would want to push myself that hard. Because there’s times where you are fatigued, you need water, your body hurts, you twist an ankle, you get elbowed, maybe you get cut, you stitch it up and you just go back out there, depending on what type of person you are. It’s motivating, it’s inspiring…I think it’s a challenge.”

Finally, I asked Metta, “How do you use your work to inspire other people to move?”

Be sure to join the UCLA Healthy Campus Initiative and Metta World Peace at our annual celebration, the Dream Revolution, on Thursday, May 4th from 4-7pm at UCLA’s Sunset Recreation Center. 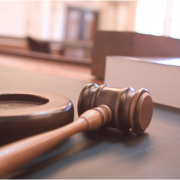 To judge or not to judge in mindfulness 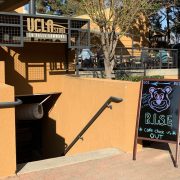 Resilience on the RISE 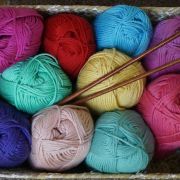 The Many Benefits of Knitting

Taking Care of Your Mental Health in College: 3 Common Challenges 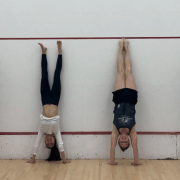 Yoga and Yogis: You’ve Gotta Check it Out 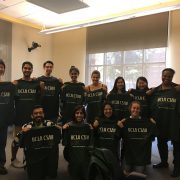 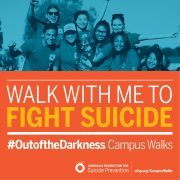 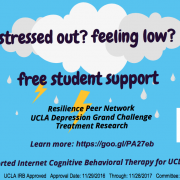