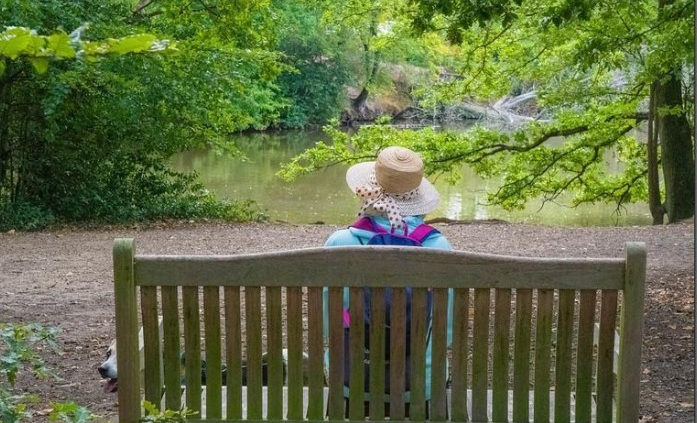 It is no secret 2020 was a turbulent year for most of us. Whether it was the fear of catching or spreading coronavirus, anger around racial injustice, or frustration with the political climate, I think it’s safe to say all of us felt something. And let me tell you, those feelings were not always positive.

So, as we begin a new year, the question is: how do we stay resilient when our lives start to feel overwhelming again?

While there is no one answer, I do have a suggestion — learn to cultivate equanimity.

To put it simply, equanimity is the state of being mentally calm and composed, especially in times of conflict. It is being able to monitor your immediate judgement or reaction towards others by taking a moment to pause, notice, and reflect. According to 10 Percent Happier Podcast’s episode “Vitamin E: Cultivating Equanimity Amidst Chaos,” equanimity is when you can open yourself up to others as a result of being grounded in mind and body. Buddhist teacher and anthropologist Roshi Joan Halifax describes it as having big open arms and being able to stay present without losing a sense of mental clarity. Therefore, cultivating equanimity does not mean disengaging from reality or embracing neutrality. In fact, it means the exact opposite.

When breaking apart its Latin roots, equanimity means “evenness of mind, spirit, or feelings.” However, this does not denote indifference. Instead, it indicates staying interested and concerned while maintaining impartiality. In Halifax’s words, cultivating equanimity means having a “strong back and open front.” It is when you can listen to another side of an argument, one that you may greatly disagree with, yet still be able to stay engaged and communicate in a respectable, healthy manner.

How is Equanimity related to Mindfulness?

Imagine this scenario. You are at the DMV and have been waiting in line outside for over 2 hours. Already, you are in a terrible mood. You have not had lunch yet, you are missing an important meeting for being here, and the weather is scorching hot. Then, a lady working at the DMV walks outside. She announces to everyone that they will no longer be meeting with people and that the DMV has closed early.

With mindfulness, you would acknowledge your emotions and the ways they are affecting you at this moment in time. You may identify and accept your feelings, possibly frustration or anger. Once mindful, you may then decide to cultivate equanimity, which would entail embracing an even-mind. With equanimity, you may then withhold from your strong emotions, resisting powerful feelings of attachment to the situation. Thus, while mindfulness and equanimity are not the same things, they are deeply connected. Although the exact relationship between the two differ depending on whether you are viewing them from a spiritual or scientific lens, mindfulness and equanimity always go hand and hand.

Especially right now with everything going on in the world, it is common to feel anxious, stressed, and even angry. By cultivating equanimity, you are given the choice to accept rather than struggle with these emotions. In other words, through equanimity, you learn to acknowledge your emotions and let them be, instead of letting them overwhelm you. You can then have a clearer mind, and have control over the ways in which you respond to situations.

Research has shown mindfulness meditation, a practice linked to equanimity, leads to great benefits for individuals. Scientific studies have shown mindfulness meditation results in reduced reactivity and anxiety while increasing resiliency. By practicing mindfulness, even if it means dedicating 10 minutes a day to meditating, you are developing skills enabling you to behave wisely, rationally, and calmly. Similarly, by cultivating equanimity, you are learning how to find balance and composure in your everyday life.

As described by Diana Winston, UCLA Semel Institute’s Mindful Awareness Research Center’s director, mindfulness is the process of “moving inward as opposed to externally.” Moving inward can mean taking the time to notice, reflect, and then respond to a situation. It entails using meditative practices to focus on your breathing and self-awareness, preparing yourself for future situations that may be emotionally enticing.

Therefore, by practicing mindfulness and developing an even-mind, you may find it easier to maneuver your way through our politically charged society.

With so much going on and the influx of news media, it can feel emotionally overwhelming and be mentally unhealthy. However, by cultivating equanimity, a sense of mental calmness and stability will enable you to be open to the outside world while still staying grounded.

Moreover, especially today, it feels as if almost everyone has differing opinions. With equanimity, you may learn to monitor your discernment and civilly communicate with others, even with those whose beliefs may be greatly different from yours.

So, how can you cultivate it?

Just like anything else, learning to cultivate equanimity takes time and practice. Luckily, there are numerous resources out there that can be of guidance.

Also, it is important to note simply taking time out of your busy schedule to talk to a close friend or drink your favorite cup of tea can also help you cultivate equanimity.

Marissa Hong is a 3rd year UCLA undergraduate majoring in Art. When not blogging for the Mindwell Pod, she is leading tours at the Hammer Museum as a Student Educator. You can also find her on runs around Westwood or watching Schitt’s Creek with a cup of coffee.

Hygge in Quarantine
Scroll to top